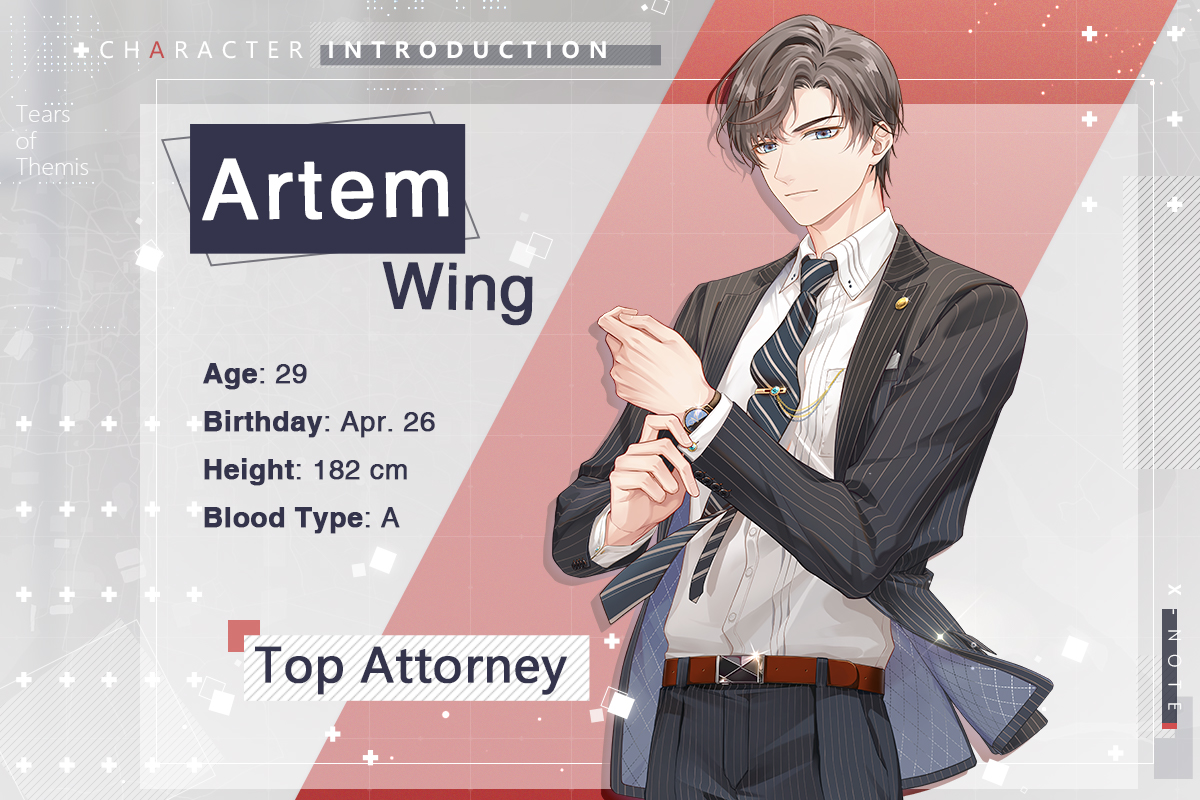 An attorney who's rarely ever lost in his entire career. His expertise runs across a wide range of fields, truly a display of his elite status amongst his peers.

The standard to which he holds himself to is unimaginable. He only accepts the best effort of himself, never letting up. He can remains calm and logical at all times, which makes him not a big fan of those around him.

The media jokingly calls him an emotionless robot defense attorney. Little do they know, this is because Artem has grown used to suppressing his emotions and impulses. No one can even begin to imagine the kind of past he bears...